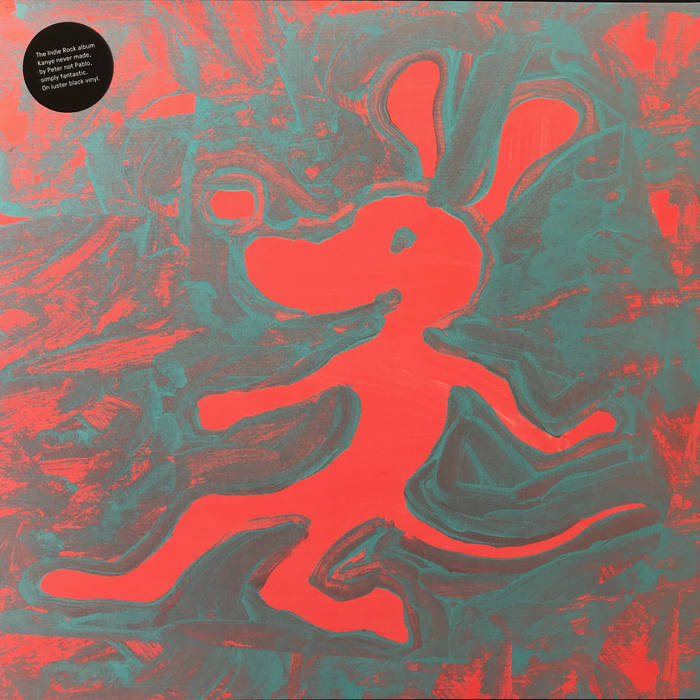 Dang, this is good.
Chicago Indie Rock bursting out of nowhere. An album so tart it makes you cringe - remember what you liked about lemon tarts in the first place?
Less acid than Alice in Chains, whinier than Dinosaur Jr.

Taking his alias from Canada`s “Gateway To The West”, Chicago-born and based musician, Peter Winnipeg, treats us to his third long-player, Blood Moon. Citing bands like Detroit`s post-punk Protomartyr, and artists such as Christchurch’s 4AD-influenced Roy Montgomery, as sources of inspiration, the new record contains eleven spikey, guitar-based songs, interspersed with synthesized, ambient interludes - hushed shorts of feedback fuzz and buzz. The opening Tongues places poetry in a setting of icy, glacial, reverb. Peter’s playing evolving into a blast of blues-y spacerock. Waiting Room is a rush of raw punk chords, cathartic choruses with cymbals smashed so hard and fast they seem phased. Packing the swagger of a young Sonic Youth and topped by a don’t-give-a-fuck solo. In contrast, the title track is a broken ballad, accompanied by acoustic acrobatics. Sticking with the SY comparisons, think Thurston Moore`s Benediction. Something about it also recalls The Pixies` Black Francis. In The Darkness finds Peter reciting a supernatural narrative. Deep In The Night has him multi-tracked against drum machines, keys, and plugged-in gear that sounds in harp-like glissando. On Smitten, a wailing rocker with great rumbling bass, he struts his six-string stuff. Heroically sending out shredded squalls. Death & Money is a bar room piano pounder, damaged but defiant, reminiscent of Dennis Wilson`s Caribou. Empty Vessel continues the obsession with shadows, and bounces to an off-beat rhythm. Fermi, with its hypnotic riff and treated, trippy, `60s psychedelia harmonies, relocates the Jesus And Mary Chain to California’s West Coast. Another ballpark benchmark would be The Brian Jonestown Massacre. Sun is strummed, serene, stoned and strung out a la New York`s sorely missed Psychic Ills. The closing, The Picture Is A Model Of Reality delivers a finale of disintegrating distortion. The album, perhaps destined to become an “outsider pop” cult classic, idiosyncratic, eccentric, in a world of its own making. Despite all those references, totally unaware and uncaring of any current fashion or vogue.