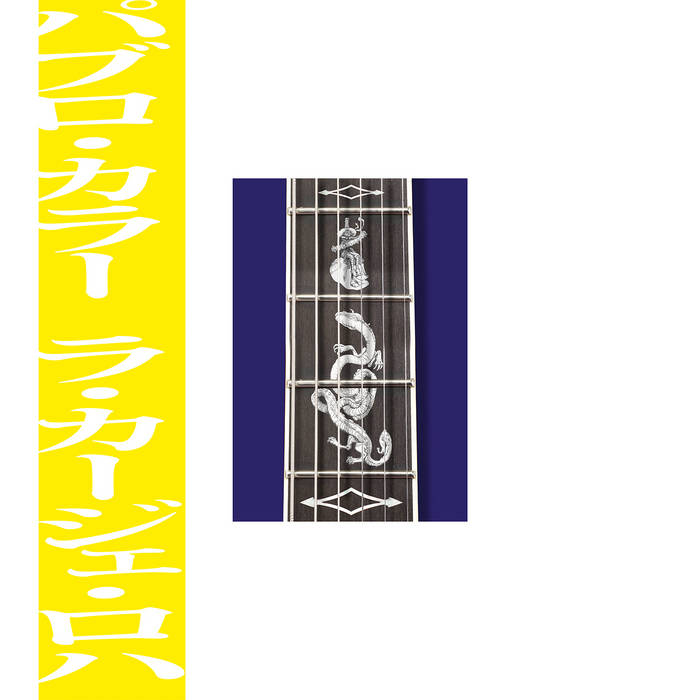 The third installment of a series of mini albums opens with previous single, Los Claveles 36, a sublime strummed summer samba, that dances to the percussion of Pablo`s pal, Berlin Lama. This latin, Brazilian flavour, and Berlin`s fervor, also drives the balearic bossa of Recuerdos. Señor Color constructs El Beso Y La Noche, “The Kiss Of Night” from acoustic dexterity, electric arcs, and dubwise effects. Painting pictures of blue skies crackling with the promise of a coming storm. Remixed by Miku-Mari and "Obscure Music" guru, Chee Shimizu, this track becomes perhaps the set`s centerpiece. The pair producing an eight-minute plus avant ambient float. A river of resonance, washed by sequences that flow like fresh water currents, and what could be pedal steel, as traditional Japanese / Asian elements drift in and out. Ethereal, but expanding to epic, emotional, proportions. Bird song just part of its shimmering whole. Illuminame is a languid, Peter Green-like blues, stroked, sedated, stoned, by the sun, while 9:32PM is a simmering heat haze of cicada song. Aire Nocturno pays tribute to John Martyn`s Small Hours, which I know is a firm favourite of Pablo`s. A tranquil twilight study for Swell guitar and Echoplex delay. Alpha Y Omega finds Color collaborating with Spanish post-rock master, Suso Saiz. Together they synthesize a sea, a deep ocean, of still, calm, sustain. El Abrazo, “Hug”, is fashioned from fine folk stylings, whose carefully crafted key changes will clear clouds from any horizon.

All songs composed by Pablo Color, except:

Mixed by Dominik Burkhalter at Dopemixes, except
5 and 8 mixed by Pablo Color
6 mixed by Alex Storrer
7 mixed by Suso Saiz
9 mixed by Chee Shimizu